Just a bit of hypocrisy on the part of Dr. Phil, to say the least. It's a little ironic to talk about the "intellectual force of arguments" when you lead with "Actually, he is very much a prude," shortly followed by gems like "Actually, it's not uncommon," and "utter nonsense.

But then, maybe I'm "actually" wrong. Also, you attributed Dr. Phil's opinion to "prudishness" whereas Anna countered with "care for his wife" and some sort of morality, for which at least some semblance of evidence exists. This argues against calling Dr. Phil a prude, and in no way suggests that you said he didn't care for his wife. Unfailingly ironic, it was you who set up the straw man here. For the record, I think that calling whatever hurts a partner's feelings "cheating" is ridiculous. To begin with, I think that both partners should at least be privy to the rules if there are going to be accusations.

Feelings can be "valid" without constituting accusations or implying fault. The appropriate response would be a conversation, ideally in good faith. As for the dog thing, I'd imagine we both feel hunger, cold, etcetera pretty much the same way. I'm not exactly ashamed of that either. Plus, the very fact that dogs have to be in heat to even want sex makes me doubt they're a good comparison to begin with.

And I stand by my comment that characterizing the article as a "dog in heat" is utter nonsense, even if you don't find it compelling at all. Actually, it's not quite a strawman if you can read with comprehension. By juxtaposition, she strongly implied as an argument that Dr.

I should perhaps have been more accurate in countering that it is possible for him to be caring for his wife, yet be a prude. And I think many people would agree with my opinion if they read the article linked in the article above. Again, if you had actually bothered to read the article about Dr.

Saying one didn't say something is often not a literal statement. It's more of a statement that one didn't mean that by reminding them that they are pulling a strawman. I think you're several levels deep into strawmen here! And, in fact, again, if you read Ana's first sentences, it does in fact imply exactly what you suggest was not the implication, unless your only point was that I never actually said it, which I already know.

Exactly, I agree. And if you had read the article linked above, you would see that Dr. Phil did NOT suggest such a good communication, but instead just said all porn is cheating, period. Apparently you failed to read the article about Dr. Phil, so you came up with yet another strawman yourself, or "jumped the gun". Ana, you're showing some ignorance here. A lot of men don't need to have it be a scene of "virtual intimate situation". Many men can be turned on just seeing a hot woman in jeans in a movie, or a scene in a James Bond movie with a woman in a bikini -- nothing having to do with an intimate scene.

According to your reasoning, that is cheating. In that case, the vast majority of men have cheated. That's why your position is prudish. It views it only from a woman's point of view, and a rather insecure woman in my opinion. My wife is perfectly fine with me looking at the Playboy channel, and in fact she's even bought me Sports Illustrated swimsuit posters.

The only thing she said, with a laugh, was, just don't put the poster up in our bedroom. She knows I'm not so immature to get "hooked" on the poster and not desire my wife for the real thing. Likewise, I'm fine with her noticing handsome men. I'm not stupid enough to think that she thinks I'm the only attractive guy in the world. 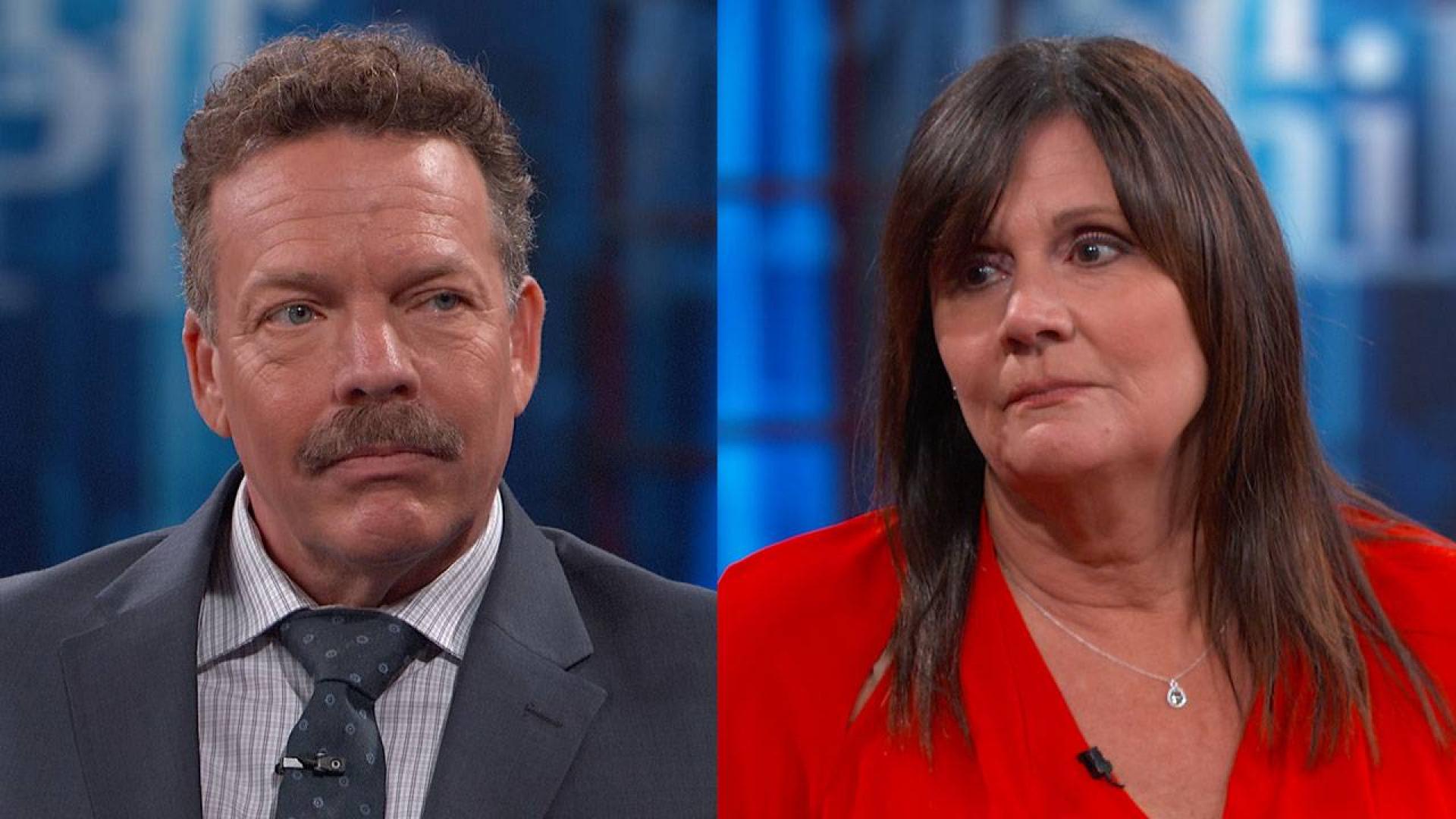 I think it's foolish to pretend that your spouse has eyes ONLY for you. That's just a make-believe fantasy. My wife and I are not into pretending that. We accept each other as sexual people who appreciate the opposite sex, at least from a distance, while reserving real intimacy for just each other.

Ana, I get it. You get it. Phil gets it. Don't let those calling you and Dr. Phil, a prude get you down. This David J. Ley PHD is but one voice out of many other highly qualified, highly educated experts on the subject, who do not agree with him, be they, "religious prudes," or atheists. It appears evident that he has a specific view, in keeping with other experts, but not in keeping with many other, "experts.

Just sign me, "Fellow Prude. Another unrealistic aspect of your statement is that its premise is apparently that any and all wives are cauldrons of sexuality just waiting for their husbands to focus on them and have sex with them. For many middle age couples, nothing could be further from the truth.

Their negative energy thought me some valuable lesson that eventually lead me to the best healer Dr. Wakina via dr. I want them to know that I am back into her life after 2 years in exiled. A great spell work was done by Dr. Wkina, I was able to comprehend the reasons why my marriage was ruined by trusted fellas. I have taken several precaution measures ever since I returned back to my family as advised by Dr.

Wakina to avoid future occurrence. It is amazing to say that over 5 months after the love spell our love has been stronger and better, we have also established our personal business across three countries. Guess my last laugh was the best. All thanks to great healer for giving me the best laugh. I like to share a sincere recommendation of the best expert hacker and spy investigation to employ as spymasterpro3x at gmail. Let em know i referred you. My boyfriend of 2 years broke up with me couple of months ago but he asked me if we can can start all over again.

We are back together but he is not the same person anymore.

I can sense that he is keeping secrets and I caught him lying with the help of spymasterpro3x. I am posting this Testimony as a way to openly thank spymasterpro3x AT gemail. It was like a dream come true for me and I am recommending him to anyone that has any hacking issues that needs to be addressed. Don't waste your time thinking about this issues. Send all your complains including all you need done to the google contact email for quick hack solutions, spymasterpro3x at GEEmail dot com.

Our services include: Hack into school portal, college server, university database, Hack Professional Examination Questions Credit Repairs and Deleting of Criminal Records Hack Social Media account Hack any social media accounts Hack into Government database, Hack into any banks and spy on your spouse and much more. When this occurred, I felt offended and didn't want to speak to him.

He told me he won't do it again and he still loves me. I love him alot because he was my first love, I wanted to be sure about what he said so I hired femalehackerz1atgmail to get into his phone just in case. Im interested to see whether this discussion falls into the same category as horror or action movies making people more violent.

Despite reams of empirical evidence, therapists cling to arrogant fiction. It might actually be some anti-porn activists who hate women.